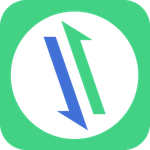 Updated 3 years ago by SwitchVPN

Point-to-Point Tunneling Protocol or PPTP is an old networking standard for establishing secure virtual private networks. Introduced in 1995, it was the first VPN protocol implemented in Windows, largely because Microsoft was involved in its development.

To ensure a secure connection between the client and the destination server, PPTP uses the Transmission Control Protocol (TCP) channel and Generic Routing Encapsulation (GRE). It also utilizes numerous authentication methods such as PAP, CHAP, and MS-CHAP v1/v2 to provide security. PPTP is easily configurable and can be set up without installing any additional software.

During its onset, the PPTP protocol was mainly used by businesses for setting up location-independent internal local area networks (LANs) through secure VPN tunnels. By doing so, organizations avoided the necessity to extend their networks physically, letting corporate users seamlessly access necessary data from remote locations.

Nowadays, PPTP is deemed to be outdated and is subject to security disputes.

Layer 2 Tunneling Protocol is a networking protocol for secure data transmission via a virtual private network. Though L2TP doesn’t provide any means for traffic cyphering itself, it is always used with the other protocol called IPSec that does all of the encryption job. L2TP is considered to be secure, especially if it uses AES cyphering. However, it might be somewhat slow since it requires additional traffic resources for adding that extra layer of IPSec protection. L2TP/IPSec comes as a built-in feature for the majority of the platforms and can be effortlessly configured. There is also no actual proof that this protocol can be hacked or exploited so, generally, all VPN providers offer it to their users.

OpenVPN is a relatively new open-source VPN technology. It relies on the OpenSSL library as well as SSLv3/TLSv1 protocols to create a failproof, encrypted client-server connection. OpenVPN can use either TCP (Transmission Control Protocol) or UDP (User Datagram Protocol) for sending ciphered packets. Since it works better with UDP, OpenVPN establishes connection through UDP ports in the first place. It will only use TCP protocol in case if UDP doesn’t work out. Usually, all VPN providers offer OpenVPN over UDP by default.

OpenVPN is considered to be one of the safest and the most flexible protocols available now as it can be easily masked as regular internet traffic and can use any port, including TCP. It also easily bypasses almost any firewall or NAT.

Secure Socket Tunneling Protocol is an advanced VPN protocol developed by Microsoft. Initially designed as a Windows-only protocol, SSTP can now be used on Linux, Mac, Android, and Ubuntu. SSTP uses port 443 and sends PPP or L2TP traffic via an SSL/TSL 3.0 channel. Given that SSL provides 256-bit encryption, traffic security checking, and key negotiation, the protocol can boast a considerably high level of security. SSTP is also difficult to block because it connects to TCP port 443 (the same port HTTPS uses).

Socket Secure is a networking protocol that sends data from the client to the server via a proxy server. SOCKS5 also provides authentication so that only authorized users could connect to the server. The protocol uses TCP to send Internet traffic through a third-party server and assign you a new IP address. SOCKS is often confused with VPN protocols, but it’s not. As opposed to VPN protocols, SOCKS protocol doesn’t cipher the data. In most scenarios, it’s used to bypass regional filters. But when there is a need for better protection or anonymization, it’s wiser to use a VPN.

How did we do?

(opens in a new tab)